Is it illegal to tell people to photograph their completed ballots in a secret election?

Running with themes of "voter fraud" from the 2020 US Presidential Election, this 2022 Australian Federal election several minor parties and Independents are encouraging voters to photograph their completed ballots before placing them in the ballot box. Election integrity has not been a political issue in Australia before November 2020.

From the Australian Electoral Commission:

When a ballot paper has not been fully completed, is completed incorrectly or you can identify the person who voted, it is known as an 'informal vote', and will not be counted toward the election result. At federal elections, nationally around 5% of votes are informal.

Here are some images of instructions from a minor party (first image) and an Independent (second image). 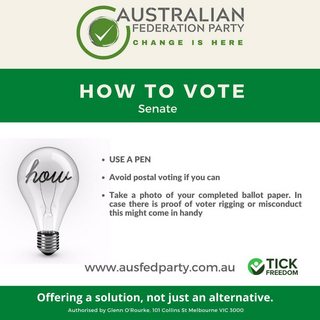 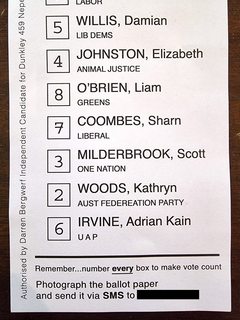 Yes. It can make the ballot identifiable to an individual and that makes it invalid. However, it would not be obvious on the face of the ballot and it would take a concerted effort to marry the photo and the ballot so the AEC might not bother unless it could change the outcome.

No. There is no provision in the Electoral Act that prohibits photographing a ballot paper.

15
Is it illegal for a US voter to disclose their ballot choices?