Do various common law sovereign citizen movement theories have any kernels of basis in fact?

Note: I had seen and reviewed the proposed duplicate/precursor question on freemen of the land but if you read my question a little more carefully you will hopefully see that mine seeks to go deeper into the issue than that one for manages to.

They have this idea that by claiming to be an agent of a corporate entity representing an individual in which the capacity of a crime might have perhaps been committed, they can get out of personal liability.

Presumably these terms like settler, agent, private individuals etc and corporate entities that can absorb liability have a basis in fact. For example, a plumber may operate in the capacity of an LLC to avoid personal civil (though probably not criminal) liability for any mishaps that may happen while on the job.

The difference however, being that the LLC must first be formally incorporated, or bureaucratically established, and it must be unambiguously understood from the outset which capacity the person is actually acting in, for example by making it completely clear in the contract what actual legal entity the contract being entered by the consumer is specifically with.

The sovereign citizen movement seems to favour a variation of this concept, in which the corporate-person liability shield behind which they seek to hide firstly does not need to be formally incorporated or registered with any sort of bureaucratic entity, secondly need not be unambiguously "donned" to be effective, ie it can be claimed to have been used post-facto, although it is unclear as to what the parameters of liability consequences might be faced by the corporate entity itself, and thirdly has the bonus quality of absorbing criminal liability.

They claim that in the tradition of old maritime courts, defendants' names are written in all capital letters, and that this specifically abstracts the maritime corporate trading entity from the private individual who ostensibly cannot be held fully liable for the actions of their crew or ship upon which they may not even be personally aboard.

The private individual's legal personality, it is claimed, is denoted by their name with initial capital letters and remaining lower case letters.

Does this theory have any basis in current or historical fact?

common-law legal-history jurisprudence
Share
Improve this question
edited May 26 at 16:08
Joseph P.
asked May 26 at 9:57

Does this theory have any basis in current or historical fact?

The sovereign citizen movement uses legal terms, but not correctly, and often confounded with Biblical doctrine, and hones in on stylistic matters that are not legally material now and weren't legally material at any time historically, like capitalization rules (which, actually, were historically wildly inconsistent, see, e.g., an image of the original U.S. Constitution and Declaration of Independence). 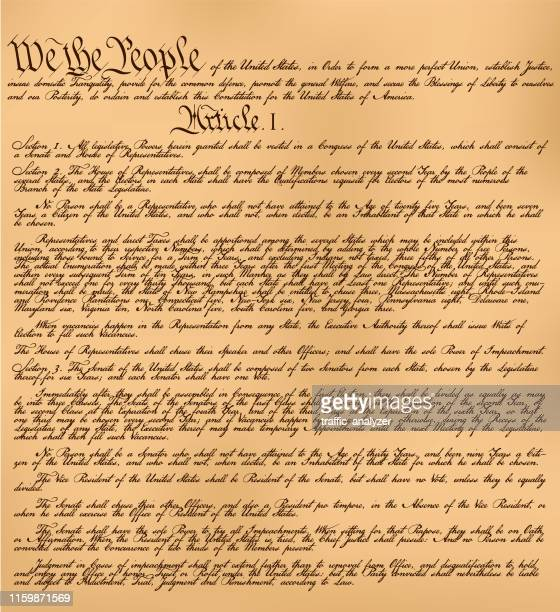 There was an era from roughly the mid-1800s to the early 1900s when the law was very hung up on the precise wording of deeds (e.g., a deed to "John" rather than to "John and his heirs, successors and assigns" created a life estate rather than transferring full ownership of land), or stating precisely the right things in a legal complaint to have a right to legal relief (when what was required to be stated was discernible only from legal authorities like decades of case law reports or legal treatises).

Likewise, there has never been any means by which individuals can evade liability for taxes, for criminal conduct, or for civil liability committed by them personally, then or now.

The question restates the common misconception that:

For example, a plumber may operate in the capacity of an LLC to avoid personal civil (though probably not criminal) liability for any mishaps that may happen while on the job.

And, doing so still does not insulate you from criminal liability for acts of your agents and employees for the most part due to RICO and solicitation and conspiracy offenses.

One can never evade liability in the manner that the sovereign citizen movement suggests, even if one complies with actual legally recognized formalities.

For example, a plumber may operate in the capacity of an LLC to avoid personal civil (though probably not criminal) liability for any mishaps that may happen while on the job.

No, that's not true. And anyone trying to use an LLC specifically to avoid personal responsibility as a "sovereign citizen" is doubly wrong.

Personal Liability for Your Own Actions
There is one extremely significant exception to the limited liability provided by LLCs. This exception exists in all states. If you form an LLC, you will remain personally liable for any wrongdoing you commit during the course of your LLC business. For example, LLC owners can be held personally liable if they:

Thus, forming an LLC will not protect you against personal liability for your own negligence, malpractice, or other personal wrongdoing that you commit related to your business. If both you and your LLC are found liable for an act you commit, then the LLC's assets and your personal assets could be taken by creditors to satisfy the judgment. This is why LLCs and their owners should always have liability insurance.

I say they are doubly wrong because an LLC doesn't protect the owner from financial, civil, and criminal responsibility/liability when they are the ones that committed or were involved in the act, and the LLC specifically doesn't protect someone using it as if it was their identity.

The above site has a running example that I'll include the relevant parts here.

While making a bread delivery to a local supermarket, Lloyd, an employee of the Acme Bakery, LLC, runs over and kills a brain surgeon in a crosswalk. It turns out Lloyd was driving while drunk. Acme Bakery is sued and found liable for its employee's negligent actions while on the job. All of Acme's business property, assets, money, and insurance can be used to pay the judgment awarded to the surgeon's heirs. Acme LLC's owners, however, are not personally liable for the LLC's employee's actions so their personal assets cannot be taken to pay any judgment against Acme.

Assume that two of the three owners of Acme Bakery LLC (from the example above), knew that their driver was drunk, but let him make deliveries anyway. They can be sued and held personally liable for negligence by the brain surgeon's heirs.

In this instance, simply knowingly allowing their employee to drive drunk makes them at least partially responsible for the actions of someone else.

Another site specifically calls out criminal actions as well as an individual trying to hide behind an LLC as a "sovereign citizen".

Criminal Law and Corporations
Your corporation can be criminally prosecuted, and this doesn't always mean you'll be held personally liable for the criminal behavior. Instead, the prosecution will examine the exact circumstances under which the crime occurred. If you personally engaged in criminal activity or directed someone else to do so, you can be prosecuted individually. Your state of mind plays a critical role here because the prosecution has to prove criminal intent, not just that a crime occurred.

Piercing the corporate veil is the process of holding owners and shareholders personally liable for a corporation's conduct. Judges sometimes do this when the behavior is particularly egregious, but can also pierce the corporate veil if there's evidence that the business is your alter-ego. For example, if you are a sole proprietor and do not keep your money separate from the company's money, a prosecutor could argue that you and the company are one and the same. If you are ordered to pay fines or restitution, the prosecution could demand that this money come from your personal funds.

Shell Corporations and Commingling Assets
Some businesses set up shell corporations that serve as little more than alter-egos for the owner. For example, if you use five different corporations to run one business, and move money between these companies' bank accounts when you are sued, you run shell corporations. If you mixed your company's assets with your personal assets -- by depositing company funds into your personal account or spending corporate funds on personal items, you will likely be held liable for your company's behavior.

ohwilleke covers the rest, so I'm going to stop here. I just wanted to show that pretending to be a corporation to avoid responsibility for your actions is also not a legally valid idea and corporate protections are specifically designed to prevent people from doing it.

I think this likely presents a very comprehensive answer to this question, and is in any case a highly entertaining read. The link was originally given in a comment by @phoog, to whom credit is due.

Not the answer you're looking for? Browse other questions tagged common-law legal-history jurisprudence or ask your own question.

23
What are "freemen of the land" or "sovereign citizen" theories and do they hold any water?

2
Are there any common law jurisdictions outside the United States which maintain separate Courts of Equity?