Is MagSafe patented such that no one else can make magnetic power supplies?

I'm talking about MagSafe, the connector used on some Apple power adapters that pops out of the socket easily, and snaps into place using a magnet, so that both the cable and the socket are unlikely to be damaged in the event of an unexpected disconnection. 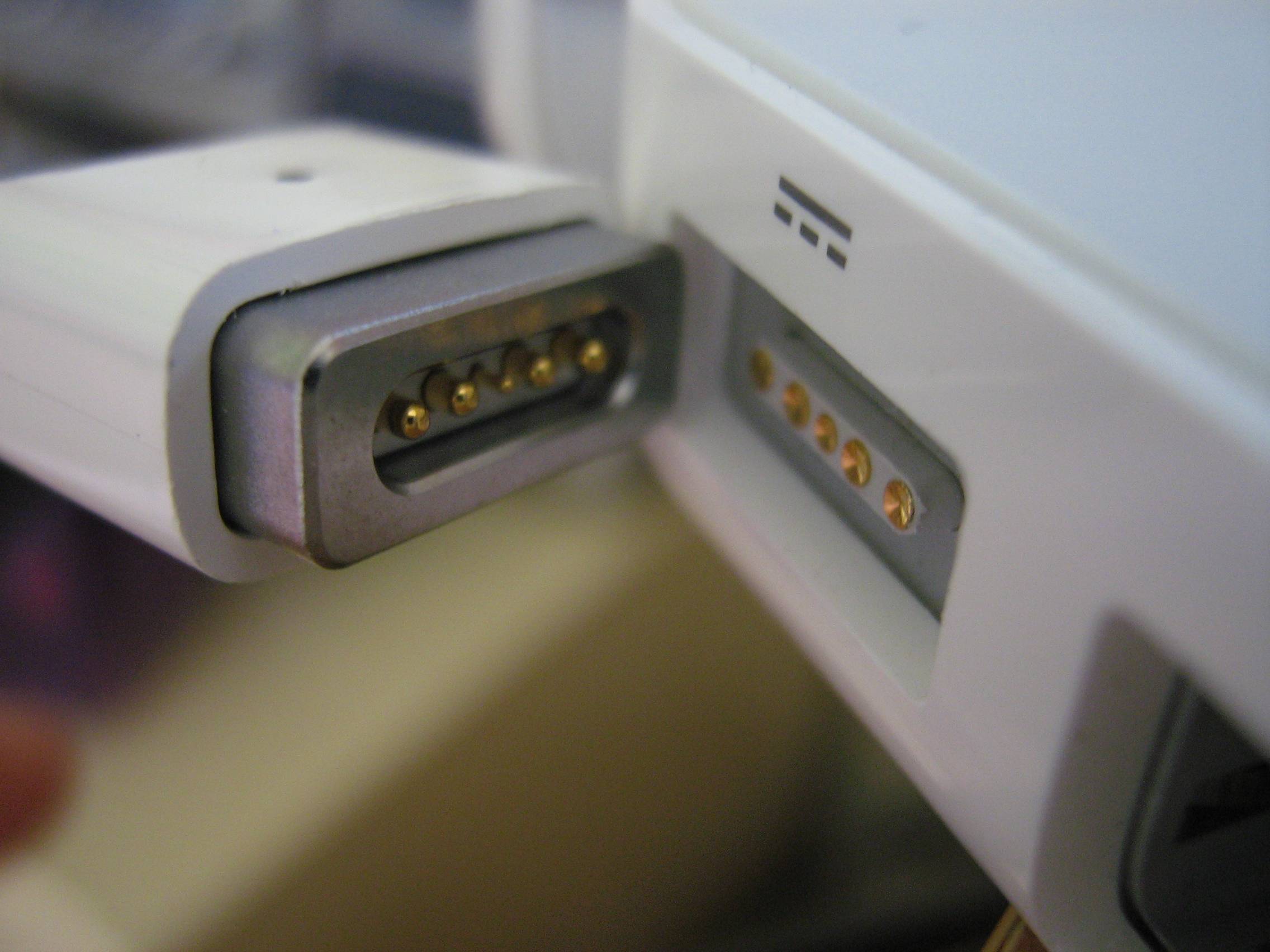 Is this patented in such a way that only Apple can legally make a similar connector? I don't mean off-brand clones of MagSafe itself, but rather another style of connector which uses the same principle.

If so, when does the patent expire?

The connector is patented, as you see here. It contains 57 claims which define what is protected, and 35 USC 116 spells out the logic of claims (which, in a nutshell, says "this can get really complicated"). The set of claims defines what it patented, and infringement is defined in 35 USC 271 as

that is, there isn't anything statutorily more specific about how similar similar is. Since the claims define what is protected, this generally is taken to refer to things that are the same w.r.t. to all of the claims. "Generally" means that there is a doctrine of equivalents, exemplified by Warner-Jenkinson Co. v. Hilton Davis Chemical Co. 520 U.S. 17, whereby a court may find infringement when there is an insubstantial difference between the allegedly infringing thing and the protected invention.

The Apple patent does not specify a specific number of millimeters between the contacts, so making a connector that is exactly the same as the Apple device (as marketed) but with different spacing on the connectors would be an infringement, because that spacing is not specified in a claim. A similar device that uses chewing gum rather than magnets to keep it together would not likely be found to be infringing since that is a substantial divergence from what Apple claims it has invented.

US Patent No. 7,311,526. Patent expiration depends in part on the payment of fees, so there's no officially announced expiration; however, the standard term is 20 years from filing, so sometime in 2025.

There is prior art for simpler versions of the the connector, that are apparently still used today.

"The basic concept of MagSafe is copied from the magnetic power connectors that are part of many deep fryers and Japanese countertop cooking appliances since the early 2000s in order to avoid spilling their dangerously hot contents.[2][3][4] Apple was granted US Patent No. 7311526 on MagSafe ("Magnetic connector for electronic device", issued in 2007) as MagSafe was deemed to be a sufficient improvement due to the connector being symmetrical and reversible, and the fact that magnets within a connector are arranged in opposing polarities for improved coupling strength."

So you could examine creating a connector design that doesn't violate the key innovations of the patent, the symmetrical/reversible & opposite polarities arrangement.

1
Apple's magnetic charging port has been patented, but why wasn't a search engine?