(Your unlawful act) "will be prosecuted to the maximum extent possible under the law." For real? 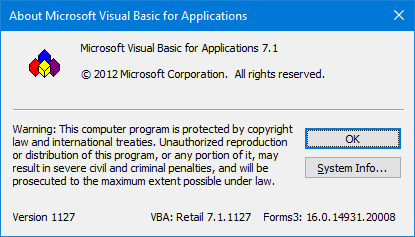 Unauthorized reproduction or distribution of this program, or any portion of it, may result in severe civil and criminal penalties, and will be prosecuted to the maximum extent possible under the law.

How close is such a statement corresponding with the reality?

They claim that certain actions will be prosecuted (instead of may be prosecuted), what appears to imply they will surely start the prosecution.

Based on the language used, both points seems to sound almost like obligations from company side.

Isn't this language misleading? For example, for proven single piracy act on single $400 software package, will the company surely start prosecution and will work on reaching "maximum extent possible under the law"? Given the damage, such an extensive action could appear cost-unreasonable for the copyright owner (except of possible publicity effect) and my question is why such a strong wording is used? Is it realistic? Or is it a part of law traditions? Or what else has to be noted there?

How close is such a statement corresponding with the reality?

Legally, such language is a meaningless statement of future intent that at best makes clear that the person making the statement isn't waiving any of their legal rights.

Certainly, no infringer would have standing to sue if they failed to do so. Whether a joint venture member or foreign reseller could sue the company for failing to enforce its IP rights is another question that presents itself very differently and depends upon much more than what the warning labels state, such as the language in the joint partnership or reseller's agreement with the copyright owner.

Also, in criminal copyright violation cases, even if the copyright owner asks for the maximum possible consequences, the U.S. Justice Department is under no obligation whatsoever to go along with that request. Likewise, a judge has no obligation to impose the maximum penalty allowed by law following a criminal conviction, even if the copyright owner and the U.S. Justice Department both request a maximum sentence for someone who pleas guilty or is convicted of the offense following a trial.

In practice, something like 98% of federal criminal cases, and a similar percentage of federal civil cases, result in agreed resolutions which result in less severe penalties than the maximum penalties allowed by law. This happens as a result of a mutual agreement to resolve the case with a guilty plea, or a settlement agreement in a civil case, or both.

Also, in practice, none of these companies, nor the federal government's prosecutors, have the resources to press anything but the most clear and serious copyright violation cases, and cases that are valuable for P.R. purposes. Anything else is essentially a random lottery from myriad cases that could have been brought in order to counteract the argument (both political and legal) that their copyright protections are empty and completely unenforced is a large part of the cases to which the statutes would make it seem that they apply.

Also, in a case brought by a joint venture owner or reseller for failure to enforce a copyright which causes the partner damages, presumably in some sort of breach of contract or breach of fiduciary duty action, there would be no way to prove damages from all of the non-enforcement, since enforcing every known infringement would not be cost effective and would reduce the net profits of everyone involved.

The first amendment gives people wide latitude to write what they want.

Does that answer your question?

4
Referring to Software Engineering in a US state that licenses engineers
14
Sputnik-era NSF-funded books: is this a license?
2
Does a software developer have a fiduciary duty to the user?
4
How can free licenses such as GNU and CC apply to me when I did not sign them?
1
Mitigating software license incompatibility
1
Why was he put in prison but never got a criminal record?
0
Intellectual property while employed (UK/USA)
1
How to legally publish a NES/Famicom ROM wrapped in an emulator app for another platform?