Is it legal to drink alcohol in public in Penn Station, New York?

In the central concourse of Penn Station there are four or five deli counters advertising and selling draft beer. It is served in a large plastic cup with a straw. There is no place to sit in the deli so you must carry the drink out into the hallway, past the watchful eye of many NYPD, DHS, and even US Army personnel (because this is a large US transit station in the 21st century). 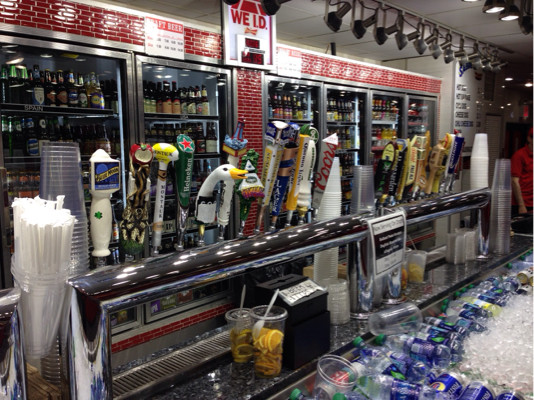 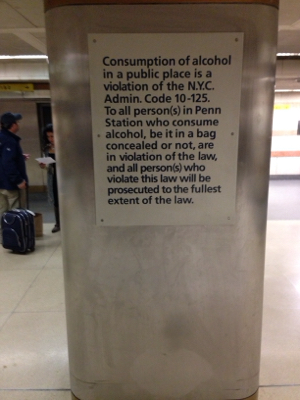 Yet there are also signs clearly stating the consumption of alcohol to be a violation of "NYC Admin Code 10-125". Is Penn Station some sort of Amsterdam-like decriminalization zone for draft beer?

I am mainly interested in the crowded central corridors. I did not discover the sign until recently as it is hidden in one of the dingy warren of corridors in the back of the station, which would not be a pleasant place to enjoy a beer anyway.

Browse other questions tagged alcohol new-york-city or ask your own question.

1
Does NJ law prohibit alcohol consumption in public parks?
0
Religious exemption from alcohol monopolies
0
Dissolve a corporation as a minor stakeholder in New York
2
Does tolling apply to the statute of limitations in New York State?
1
Board of Estimate of City of New York v. Morris
12
Does the adultery law in New York affect the person being used to cheat with?
3
What is a 'creed' for purposes of New York City's public accommodation anti-discrimination code?