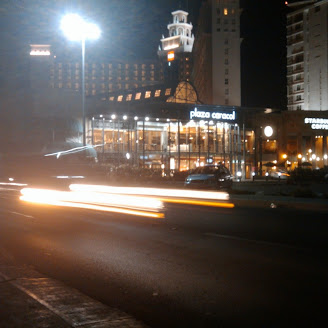 After a 10 year career as a IT tech, i'm moving on creating mobile video games, and eventually other stuff on Internet.

I have some old basics in music, and i tend to progress in graphics. For programming, i use Java with LibGDX (for 3d) and Flixel-GDX (for 2d) and i also humbly developing my own little engine in c++11 (for ease, not complexity).

To create a first prototype, i used BatteryTech SDK, and also tried BlackBerry GamePlay3D, Havok Project Anarchy, and maybe others. Finally i was always coming back to LibGDX which has great performance for simple scenes on low-end phones (while 'engines' seems to be optimized for big scenes even for loading phase, and would generally need a shrink of the engine for a more simple scene), and a huge community. GamePlay3D and BatteryTech were doing great also, but it seems that i'm more a "java guy" when it's about creating a scene rapidly, even while i like to use vim more and more :)

I like watch TV, the video game programming, science and sci-fi, E.T., chilling, music (eclectic guy), and I hope to go into hyperspace before that space come to me ...

Who knows if i will return to stress-life one day, this is completely possible ! Sometime need a motivational kick and that's why after using as a client only search engines and knowledge databases for years now, i cross the line. I'm thinking also about crowdfunding platforms, those like Patreon, that would sure raise the bar :)

Always fascinated with new discoveries, i hope, maybe as do every of stackoverflow users, that i will find something !

All Questions Answers
Votes Newest
-4 How to create a state? Mar 16 '16