Is spitting on someone an assault? US and UK

In this video a woman is shown spitting on store staff.

This appears to be before covid mask regulations.

In the US and UK, would this constitute assault and what penalties are applicable?

If it is an offence, is it considered legally more serious now that covid is an issue?

In England and Wales, deliberately spitting on someone is classed as battery under the common assault category of the Criminal Justice Act 1988. Corresponding legislation has been enacted covering Scotland and Northern Ireland. Battery is the application of unlawful force, and as well as spitting, covers incidents of pushing and slapping. Spitting, if done deliberately, is seen as an assault. Common assault carries a maximum penalty of six months in prison and/or a fine or community order. A prison sentence is generally reserved for cases where serious mental or physical injury was caused, and higher culpability is present. In other cases, a fine and community order is the more likely outcome. The offender will have higher culpability if they have previous convictions or there are aggravating factors, such as the attack being racially motivated, the assault was premeditated, or the victim was vulnerable. Increased penalties are being considered for offences aggravated by the intention to cause serious harm, such as disease transmission or the fear of it.

Emergency workers, and public transport staff (e.g. bus drivers), are issued with 'spit kits' so they can take a sample if they are spat on (or spat at, and it lands elsewhere and can be collected), and this has secured arrests and convictions by use of DNA analysis. 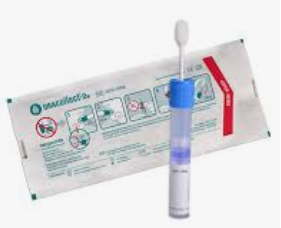 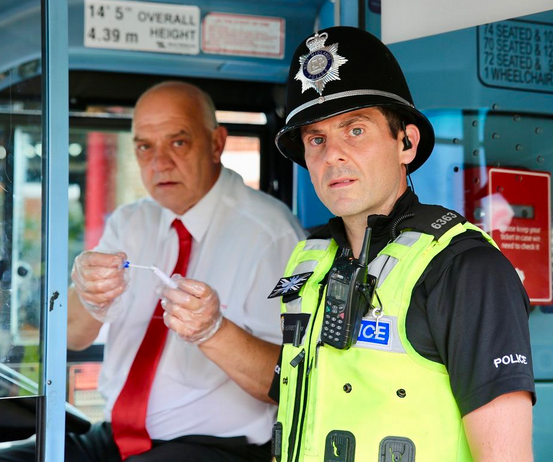 Even threatening to spit at police officers can get you six months chokey at the moment.

Assault, as distinct from battery, can be committed by an act indicating an intention to use unlawful violence against the person of another – for example, an aimed punch that fails to connect. In Misalati [2017] EWCA 2226 the appellant spat towards the complainant. The appeal court confirmed that although there was no actual violence, spitting is an assault whether it makes contact with the victim or causes fear of immediate unlawful physical contact.

This is also true in US common law:

It is an assault at common law when any person intentionally, or recklessly, by active conduct threatens to apply unlawful physical force to the person of another in such a manner as to create in the mind of that other an apprehension that such force is about to be so applied.

In the US, it is or is not, depending on the jurisdiction. One question is what to call it. In Oregon it is called "harassment"

A person commits the crime of harassment if the person intentionally: (a) Harasses or annoys another person by: (A) Subjecting such other person to offensive physical contact...

In Washington, there is no statutory definition of assault, which is thus left to the courts who follow common law interpretation that is is An intentional, unlawful touching that is harmful or offensive, and spitting is 4th degree assault because it isn't a higher degree of assault (it doesn't cause bodily harm and isn't against various specified (semi-)officials).

In Ohio, spitting and water balloon attacks appear to be legal. There have been multiple attempts to prosecute people for spitting under the assault statute, which prohibits "caus[ing] or attempt[ing] to cause physical harm to another". Various rulings have excluded offensive contact, see Ohio v. Sepulveda

In our own review of the case, and the caselaw that exists on the topic, we cannot categorically find that spitting on someone would never constitute an Assault, and to the extent that either the Bailey or the Wyland decisions can be construed to be based on such a determination, we expressly decline to adopt them.

Certain instances of spitting could cause physical harm, but in lieu of harm, spitting is not assault.

Each state gets to define it's own. Here's an article about North Carolina spitting law: assault there is defined via common law but does not include offensive contact. There are no clear court cases, but a couple of rulings that suggest that the courts might accept an assault conviction.

It also may matter exactly where you are. In the case of US v. Lewellyn, defendant was in the state of Washington, but on the grounds of the Veterans Administration Medical Center in Walla Walla, Washington. He was convicted of a federal crime, violation of 18 USC 113(a)(5). Being at the VA hospital, he was within the special maritime and territorial jurisdiction of the United States, making a federal case out of it. The appeals court approved the trial court's application of the common-law "offensive contact" branch of the definition of assault. (The ruling also cites parallel findings in other US circuits). The outcome is the same as would be the case under state law. But, this also indicates that spitting on federal property in Ohio is a federal crime, though not a state crime.

Not the answer you're looking for? Browse other questions tagged united-states united-kingdom assault or ask your own question.

4
Are encryption apps (iOS) exempt from US Export Regulations if released to the US App Store only?
1
Legal definition of assault?
4
Legal consequences of not tipping in the US
4
After exchange of contracts in property purchase, what happens if someone has COVID-19 on the completion date?
1
Can the need for FDA authorization of a tool to find infectious people be bypassed by labeling?
13
Why do solicitor advice procedure regulations require collection of landlord details at client intake when solicitors advise on tenancy issues?